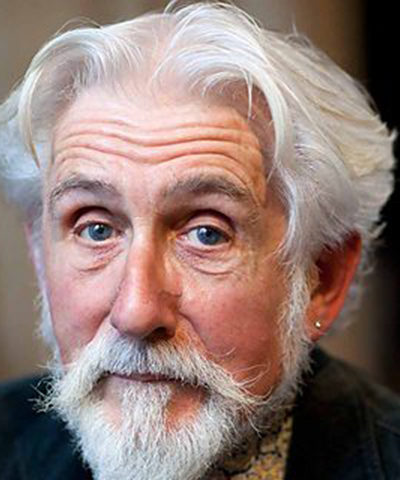 Fellowship from Hereford College of Arts in 2009.

Sir Roy Strong was educated at University of London and at the Warburg Institute.  He became Director of the National Portrait Gallery and later the Director of the V&A from 1974 -1987.  He is also a writer, historian, curator, broadcaster, consultant and landscape designer.

He was awarded a Knighthood in 1982 for his outstanding contribution to the arts and in 2003 received a life-time service award from the Royal Photographic Society.  He is also an Honorary Fellow of the Royal Society of Literature. Sir Roy received an Order of the Companions of Honour for his services to culture in the 2016 New Year Honours list.

The Order consists of the sovereign and 65 ordinary members and recognises service of national importance.

Sir Roy is a regular contributor to both radio and television and an expert in garden and landscape design having designed and consulted for Prince of Wales, Gianni Versace and Sir Elton John.  He also leads the crusade for saving and adapting the use of thousands of rural churches under threat.  He has published a number of books on the subject including, ‘A Little History of the English Country Church’

Sir Roy lives in Herefordshire where he and his late wife designed and planted what has been described as the largest formal garden to be created in the UK since 1945.  He is a regular visitor to the College as well as delivering talks on the history of garden design.