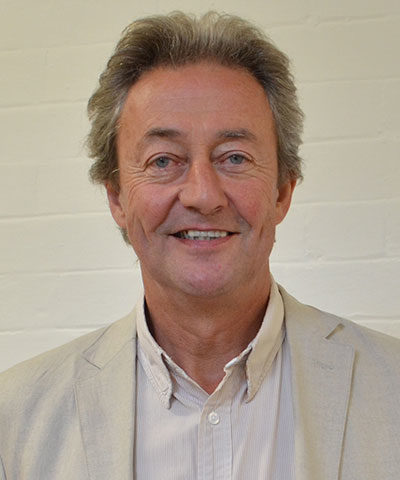 Fellowship from Hereford College of Arts in 2015.

Richard has made an outstanding contribution to Hereford College of Arts as Principal for the past 12 years. Under his leadership and vision the College has seen growth both in student numbers, resources, courses,
staffing and significant opportunities for those studying the creative arts.

Richard has raised the profile and reputation of the College regionally, nationally and internationally, and he is highly respected in the UK educational arts sector by his peers and national arts organisations.

After completing a degree in Philosophy and English at Cambridge, Richard worked in advertising, films and teaching in London before studying furniture design and making at the London College of Furniture.  He then ran his own business as a designer and maker for a number of years after establishing his own workshops in Herefordshire. After studying MA Design History at Middlesex University, he began teaching in higher education, and eventually took on management roles that formed a great preparation for the position at HCA.

He has been closely involved in the annual Hereford Photography Festival as Chair, and is on the board of Borderlines Film Festival. Richard retires this summer but will continue to be involved with the arts in Herefordshire in between walking and going on lots of holidays.