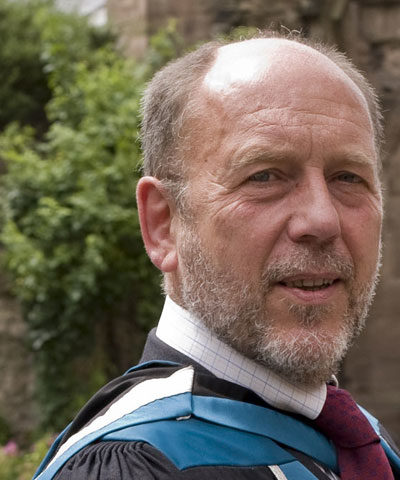 Fellowship from Hereford College of Arts in 2013.

John is a well-known figure at Hereford College of Arts, having been our Chair of Governors from 2005 to 2013.

In 1995, John set-up The Elmley Foundation, an independent grantmaking charity supporting the arts in Herefordshire and Worcestershire. Prior to that, he worked for the Big Lottery Fund for 10 years where he was responsible for some 4,200 grants totalling £160 million. He was also instrumental in setting up ‘Awards for All’, still the most highly-rated lottery programme today.

In his early career, John was an artist’s agent as well as managing a number of ensembles and concert companies. He was closely involved in the campaign to bring opera to regional audiences which led to the formation of Opera 80, now the English Touring Opera. He helped set-up the National Lottery Charities Board and was Artistic Director of the 60th anniversary Malvern Festival, chaired Exeter Samaritans and Exeter Citizens’ Advice Bureau, and co-founded a charity devoted to development work in south-western Uganda.

John holds an Honorary MA from the University of Worcester and is a Fellow of the Royal Society of Arts.  We were delighted to award this Fellowship to John for his outstanding commitment not only to the College but also for his contribution to the arts for much of his career.