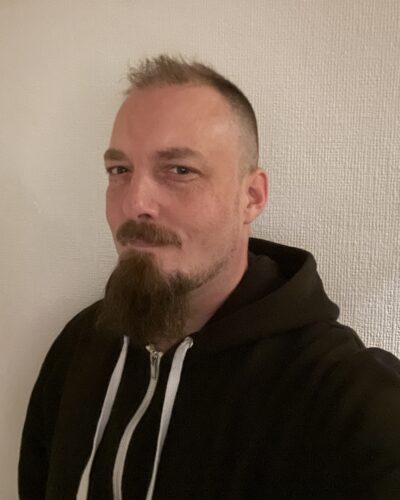 Ross is a well-established Arts and Design professional with a Bachelor of Science – BSc in 3D Animation and Art for Games from Glasgow Caledonian University.

After embracing a new professional opportunity, he moved from Scotland teach a variety of disciplines in Games Design at Hereford College of Arts, including model creation, animation, texturing and vfx for games animations or feature animations including motion graphics.

Ross has worked in several areas of the 3D industry for over last fifteen years. Working within specialist areas such as: games development, from software design to visual design and photographic compositing. Winning project bids to work for the space industry alongside ESA (European Space agency) and most recently finished working in the VFX industry as a Compositor on the TV series “Hitmen” on Sky and “Outlander” season 5 on Stars.

Ross is also Creative Director of “Killer Studios” (Kept in Little Light Excluding Rooms) which has allowed him to work all over the world. These include private animation studios in Australia, London and having created working concepts for prestigious medical university’s such as McGill University Canada. His studios have recently been working on merging traditional media with new modern digital media, blending the borders to produce innovative, exciting works, interweaving art genres.

Outside of work Ross can usually be found working on his motorbikes, playing guitar, capturing life with his Nikon, spending time with the people that mean the world to him: talking about all creative fields, and how we can expand and enhance our lives through art.