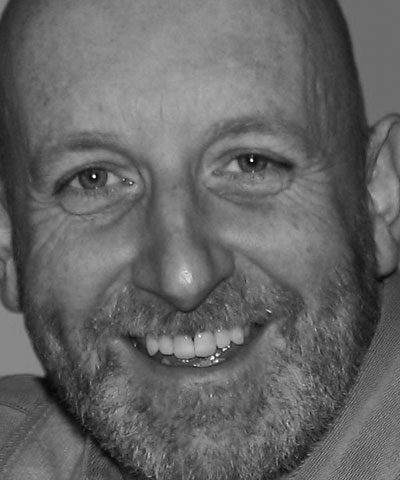 Nick Sharratt is a British illustrator and author of children’s books. He studied at St. Martin’s School of Art 1981 -1984 and then began his career as an editorial illustrator, working for a wide range of magazines and periodicals.

His designs have been used on packaging, clothing, furniture and even cakes and lollipops but since the mid-90s he has been concentrating on children’s books. He has illustrated over 200 books, around 40 of which he has also written.

Nick takes a lot of his inspiration from the pop and graphic art of the 1960s which he experienced as a child and he likes to use vibrant colours and bold patterns in his pictures. Humour is a major element in his work.

As well as producing his own books, Nick has worked with numerous writers including Julia Donaldson, Michael Rosen, Giles Andreae and Jeremy Strong but his most famous collaboration is with Jacqueline Wilson for whom he has illustrated more than 40 books, the UK sales of which now exceed 30 million. He also works on animating the hugely successful BBC Tracy Beaker series, based on Jacqueline Wilson’s novel ’The Story of Tracy Beaker’. Nick’s work has been exhibited throughout the UK and in Italy, Japan and the U.S.A.

In 2006, he was the official illustrator for World Book Day and in 2009, he was honoured with a gold Blue Peter badge!