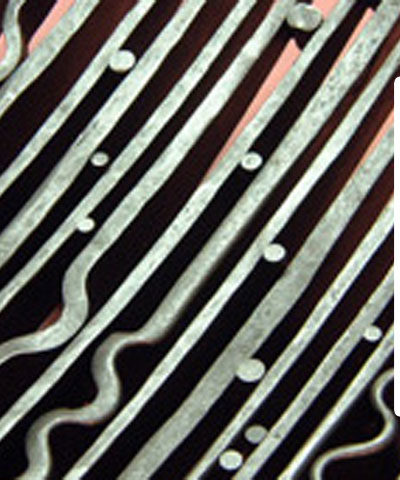 Peter has been a professional artist blacksmith since 1979.  He studied industrial design at the Royal College of Art in the early 60s, and then went on to work as a designer for London Transport and Allied Ironfounders.

Peter was one of the first of his generation to apply design and blacksmithing techniques to contemporary and sculptural art, and he is now a leading international specialist and published writer on the subject.   He was awarded a Licentiateship and Fellowship from The Worshipful Company of Blacksmiths, and has been on numerous judging panels including the 2007 Blacksmithing Biennale in Italy.

His commissioned work is extensive and ranges from major public art to architectural metalwork – from 10 metre tree sculptures for Blackburn Borough Council to a 3 metre cockerel on a roundabout in Dorking.  His architectural work can be seen at Portsmouth City Museum, Guildford Cathedral, BBC South Building, to name but a few, and his decorative work is featured in a number of cathedrals, museums and municipal buildings, right across the UK.

Peter is a regular visitor to the College. He played a key part in the development of the BA (Hons) Artist Blacksmithing course at HCA – in particular during the early stages when he was on the University of Wales validation panel, on behalf of HCA.