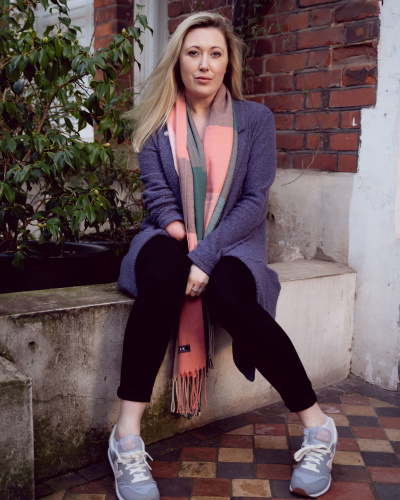 Born in Hereford and raised in Ledbury, actor Melissa Johns plays series regular Miss Scott in ITV’s Grantchester and is currently filming Series 8. She recently made her West End debut in the Donmar Warehouse’s production of Henry V alongside Kit Harrington, which was screened in over 600 venues across the country as part of NT Live.

Johns trained at the East 15 Acting School and is most known for playing Hannah Taylor in BBC’s LIFE alongside Alison Steadman and Peter Davidson. Johns portrayed Imogen Pascoe in Coronation Street and appeared in Celebrity Masterchef 2021. She has also recently filmed for Celebrity Mastermind which will air later this year.

She was a BAFTA Elevate actor 2019 – 2022, representing under-represented groups in the screen industries including those from a range of abilities, genders, races, sexual orientations and socioeconomic backgrounds.

She has recently finished the first UK tour of her sell-out one-woman show SNATCHED, which received 5-star reviews.

Johns is the co-founder and co-creative lead of BAFTA award-winning organisation, TripleC/DANC with Coronation Street actress Cherylee Houston. Johns’ BAFTA speech went viral in 2022. She is a passionate advocate for a number of charities including being an ambassador for REACH, and fundraising for Finding Rainbows.

She has won multiple awards for her work championing women, young people and the disabled community including being named in both Shaw’s Power List of the 100 Most Influential Disabled People and the 2022 Northern Power Women List.

Johns was also selected as Alumna of the Year for the University of Essex. She then went on to be selected as one of JCI’s ‘10 Outstanding Young Persons of the World’. This is the same award won by Elvis Presley in 1970.