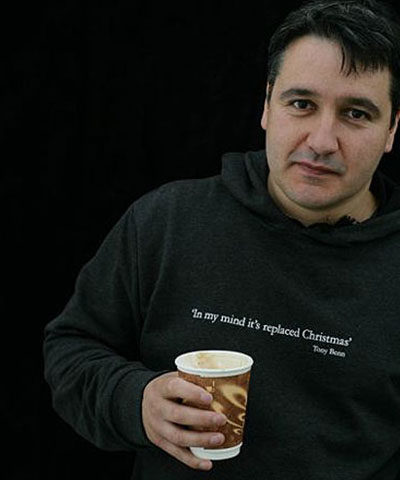 Fellowship from Hereford College of Arts in 2007.

Peter Florence is a British festival director, most notable for founding the Hay Festival with his father. He was educated at Ipswich School, Jesus College, Cambridge, and the University of Paris and has an MA in Modern and Medieval Literatures.

Over the past 20 years Peter has turned the idea of connecting, literature, culture, the arts, poetry, education and music into a highly successful festival brand – ‘Imagine the World’ and as well as the Hay Festival in Herefordshire, Peter founded similar festivals in Spain, Mexico, Bangladesh, Peru, Colombia and Ireland.

Peter continues to provide fantastic opportunities for our students to engage with the Hay Festival from site-specific installations to student-led exhibitions and projects.

He holds honorary doctorates from The Open University and The University of Glamorgan, and is a Fellow of The Royal Welsh College of Music & Drama and the British-American Project, and an Honorary Fellow of Bangor University and of Cardiff University.  He was awarded with an MBE in 2005 for his outstanding services to the arts and culture.

Peter lives in Herefordshire with his wife, publisher Becky Shaw,  and four sons.