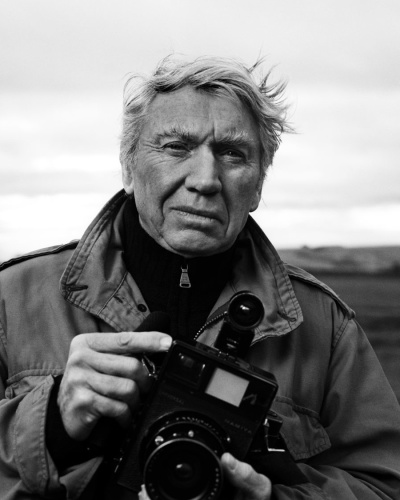 Fellowship from Hereford College of Arts in 2009.

Don McCullin is an internationally regarded British Photojournalist highly recognised for his war photography and images of urban combat.

In 1959, after a period of National Service in the RAF as a photographer’s assistant, Don started taking photographs of London street gangs which were picked up and printed in the Observer.  This launched his career and between 1966 and 1984 he worked as an overseas correspondent for the Sunday Times magazine recording war-torn countries and victims of the AIDs epidemic in Africa.  His hard-hitting coverage of the Vietnam War and the Northern Ireland conflict gave him an international reputation.

Don received the World Press Photography Award in 1964 for his coverage of the war in Cyprus.  In the same year he was awarded the Warsaw Gold Medal, and in 1977 he was made a Fellow of the Royal Photographic Society.  He was granted a CBE in 1993, the first photojournalist to receive the honour.

Sir Don has been awarded a knighthood in the UK’s New Year’s Honours List 2017 for his services in Photography, Sir Don McCullin told the BBC that he felt “warmed” to be recognised for services to photography and that it would bring “a lot of honour to his family.”

He lives in Somerset and has recently exhibited at the National Media Museum in Bradford and Imperial War Museum.  He has written a number of books as well broadcasting several notable TV documentaries including an award-winning film ‘McCullin’ profiling his working life.