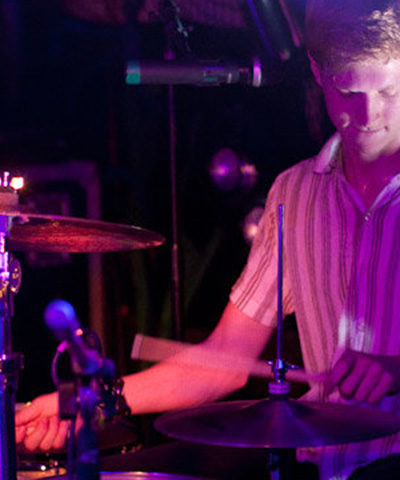 After leaving school Daniel studied music technology locally at the Hereford College of Technology. Continuing this path into higher education he then went on to obtain a 2:1 from Leeds Metropolitan University.

At HCA Daniel manages the Folly Arts Theatre and Folly Lane Media Stores. Using his expertise in sound, lighting and AV, he helps staff and students run workshops, put on shows and help with day to day enquiries about anything tech related.

Daniel is also one of our Staff Governors.

Outside of work Daniel is a keen musician playing drums in local band MammaFunk. He also loves his sport, playing golf and cricket, and is a father of two.