Professional artist blacksmiths and students are invited to take part in a major international forging event in the centre of Ypres, in Flanders, Belgium from the 1st to the 6th of September 2016. The plan is to create a Cenotaph to commemorate those on all sides, both military and civilian, who fell or were touched

Professional artist blacksmiths and students are invited to take part in a major international forging event in the centre of Ypres, in Flanders, Belgium from the 1st to the 6th of September 2016. The plan is to create a Cenotaph to commemorate those on all sides, both military and civilian, who fell or were touched by the First World War.

During the War, blacksmiths and farriers were essential to maintain the military machine and to shoe countless thousands of horses. One hundred years later, the plan is to bring together blacksmiths from the many countries whose soldiers fought in the War, to celebrate their skills in a spirit of peace and co-operation and to remember the fallen.

As a strategic military focus throughout the first Word War, Ypres provides testimony to the heroism, tragedy, futility and aftermath of war, because in contrast to many other European cities, reminders of the War are still there. This was “the war to end wars” and gave rise to so many poignant images, particularly the grim reality of trench warfare as well as those haunting photographs: the soldiers smile, the Christmas Truce of 1914, trees shattered by heavy shelling, artillery and horses bogged down in mud and straggling lines of men blinded by gas.

During more than four years of fighting the battle front shifted little more than five miles back and forth to the east of Ypres, at the cost of some 800,000 military and civilian casualties. The city itself was almost completely reduced to rubble yet it stands today, proudly re-built, including the huge and iconic medieval Cloth Hall, which dominates the cobbled city square of the Grote Markt.

This First World War centennial project was initiated in 2009 by Luc Vandecasteele of ASG, the Belgian Guild of Blacksmiths, and designed by Terrence Clark, then the Chairman of BABA, the British Artist Blacksmiths Association.  His Poppy Cenotaph design is a seven metre tall steel slab, incorporating the negative and positive image of a Flanders poppy, to symbolise the two sides of war; the negative, representing those who lost their lives, and the loss experienced by their families; the positive representing the future that springs from their sacrifice, and those who survived.

The Cenotaph will stand in a field of 2016 forged steel poppies, surrounded by a zig-zag arrangement of individually designed railing panels, echoing the characteristic plan form of the trenches. This will both define and provide public access to the site, when the Cenotaph is installed permanently in Langemark-Poelkapelle, Belgium, a few kilometres from Ypres, alongside the beautiful German Cemetery.  The ceremony to unveil and inaugurate the Cenotaph will take place there on 11.11.2016.

The poppies and railing panels will all be made at the event. Thirteen railing panels will be designed by invited masters, each to be made by teams of six volunteer blacksmiths, under the guidance of the master. This is an opportunity to experience working alongside some of the world’s most respected blacksmiths. To date,  Will Maguire from Australia;  Achim Kuhn from Germany; Claudio Bottero from Italy; Peter De Beus from Belgium; Sandra Dunn from Canada; Takayoshi Komine from Japan; Vladimir Sokhonovich from Russia; and Shona Johnson from the UK have all agreed to take part. The names of further masters will be listed in due course.

Twelve railing panels will be designed in an international design competition, open to all. Each winner will similarly be assisted to create their design, by six volunteer blacksmiths. The design brief and application form is available on the project website at www.ypres2016, where you can register your intention to submit a design. This is an opportunity to design a panel to represent your feelings about a very serious subject, as part of a significant and lasting memorial.

The work will be undertaken in extensive blacksmithing facilities set up in the Grote Markt, the Market Square, in the centre of Ypres. The 7m x 2m x 100mm Cenotaph slab will be erected on a temporary base, clad with plywood, enabling the 2016 forged steel poppies to be set in place around it, as they are made.

Some of the poppies will be forged by children – members of the public – who will be assisted by specialist blacksmith instructors, in dedicated forging areas within cordoned safety zones.  Strict safety regulations will be observed under the control of an appointed Safety Officer, who with a Forgemaster and a team of deputies will control the activities on the site.

To accompany activities in the Grote Markt, BABA is currently working on a proposal to mount a public exhibition of blacksmithing work in Ypres.  A suitable indoor exhibition space has been identified and our exhibition team is working on the details.  Further information about the Exhibition space and the kind of work which may be submitted, will be published on the Ypres2016 website in due course.

As one of the largest public events with which BABA and ASG have been involved, this is an opportunity to demonstrate the skills and application of contemporary blacksmithing, meet and work with ‘smiths from other countries and contribute to the creation of a unique and significant piece of work. 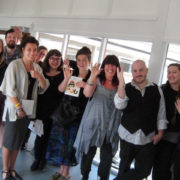 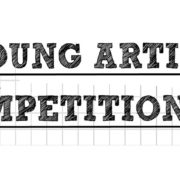