What is Creativity? Less-formal audiovisual event

What is Creativity? Can we measure this, or is it something unique to the individual? During our audio-visual ‘open’ event yesterday we considered this issue in the light of ideas presented during the 2013 ‘Horizon’ documentary; The Creative Brain.   The programme considers creativity in terms of ‘moments of insight’ and ‘divergent thinking’. It presents

What is Creativity? Can we measure this, or is it something unique to the individual? During our audio-visual ‘open’ event yesterday we considered this issue in the light of ideas presented during the 2013 ‘Horizon’ documentary; The Creative Brain.

The programme considers creativity in terms of ‘moments of insight’ and ‘divergent thinking’. It presents research that questions  how we solve problems and whether this can be through sudden link-making ‘breakthrough’ moments – ‘lightbulb’ moments or whether this is through analysis or logical thought.

Researchers considered how far their subjects looked at groups of words and found ‘linking’ words as a problem-solving exercise. An example question is below:

What 5 Letter Word Can Precede Orange, Thirsty And Brother?*

Such questions appear in eleven-plus examinations and some critical thinking assessments and although the research aimed at considering ‘how’ these were solved, not ‘whether’ they were solved, on a wider note it is worthwhile considering that specific linguistic knowledge also plays a part to play in how such puzzles are approached.

However, the possible use of neuroscience to map ideas around an attribute that was previously shrouded in mystery is very exciting. In a sense, it doesn’t matter whether we ‘buy-in’ to ideas of neuroscience as an indicator of creativity, but it’s more important that they enable a debate around the issue.

Perhaps the experiment with the most clear links to an arts-based curriculum might be Charles Limb’s work on mapping brain patterns whilst jazz musicians were improvising new material. You can read more here.

Tentative conclusions were that areas of the brain had to make crucial connections in order to develop moments of insight that connected the subconscious mind with the conscious mind, and that divergent thinking was encouraged by breaking routines and thus subverting routine expectations.

In terms of teaching and learning, the need to rest in order to inspire new ideas would speak to ideas of reflective practice; we need to rest and reflect in order to encourage ‘deep’ learning. In terms of scholarship, Boyer’s Scholarship of Integration is a useful way to frame the need for us to on a general level make connections between different areas of practice; encouraging collaborative thought and provoking different kinds of flashes of insight.

And, in terms of curriculum design, perhaps if insight and divergent thinking are linked to breaks in routine, this further supports our work at HCA to craft ‘freedom spaces’ within the curriculum; non-formal learning events that are genuinely ad-hoc and agile rather than planned, moderated or assessed.

The programme has inspired me (on the back of a useful review here) to buy The Philosophy of Creativity: New Essays.

Our discussion didn’t really answer the questions; What is creativity? Can it be mapped? However, it led to a different question as to whether creativity can be ‘learned’ and, if so, what part an arts curriculum has to play in inspiring creativity? 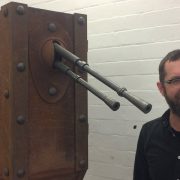 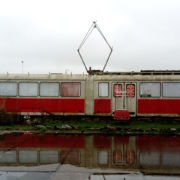