The power of ingenuity: animating with Aardman

4.5 minute read   Just before Christmas, I caught up with Mark Woods, animator, and lecturer at Hereford College of Arts. Mark was kind enough to agree to be interviewed about his recent visit to Aardman Studios, where he was part of a small team of lecturer/tutors involved in three days of workshop/training sessions around

Just before Christmas, I caught up with Mark Woods, animator, and lecturer at Hereford College of Arts. Mark was kind enough to agree to be interviewed about his recent visit to Aardman Studios, where he was part of a small team of lecturer/tutors involved in three days of workshop/training sessions around their professional and teaching practice.

Mark stressed the supportive and experimental feel of the studios.

Rather than the technology having front-place, the focus was all about ideas; development; experimentation and discussion. Here is an organisation which values creativity, imagination and the individual. Mark explained that the importance of having a good idea and refining that idea before the making process begins could also be applied to teaching. De Bono’s work provides an initial framework to support the creative process, but in an atmosphere of trust, ideas are free to evolve and be shaped through conversation and play.  Analogue and digital techniques supporting the creative process.

This atmosphere of trust is part of the cultural zeitgeist at Aardman. Teams meet for breakfast each Friday, for an hour of creative discourse that provokes reflection and conversation. And this trust filters through production phases of their work. Aardman place emphasis on character and character animation. As part of the process the animator creates a live action video enacting the script, not only by speaking the words but providing exaggerated facial actions that can be used to support the puppets becoming ‘real’ on screen.

This close relationship between ‘reality’ and the puppet builds character. Mark explained that actual animation is all about character – the animator creates the character and once the making cycle begins work is all about understanding what you need to do to build that character and not only about technical skills. I’m excited to see if we can begin to bring some of these ideas into our Curriculum Development work at HCA. Clearly, there is an industry need for graduates who have these skills in characterisation as well as the more technical abilities necessary to become an animator.

And, technical skills notwithstanding, much of the work Mark described is about passion, enthusiasm and sometimes finding low-tech solutions to problems. Again, this mixture of digital and analogue, where jam jars and felt tip pens, as well as powerful software, are used to create original visual effects. One of the advantages of the creative thinking process is that the resulting animations are highly created and purposed – underpinned by characterisation and design theory, where colour, styles, and setting of each backdrop is analysed for the cultural meanings they hold. Only then can you create characters as iconic and beloved as Wallace and Gromit.

And such characters are also underpinned by theory – game theory and narrative theory, explored through dialogue and play. During one workshop session, Mark was invited to work as part of a group using narrative theory and game to create a short story built from seemingly random meetings of building materials, fairytale characters, and plot. Participants were encouraged to play and explore in a freedom space which encouraged the free flow of ideas. Once these had been given time and space to evolve organically was a screen turned on.

Our discussion turned to the importance of the creation of spaces where people can take risks safely, and be encouraged to play, with new tech (such as virtual reality) alongside low-tech.

There are three main strands I took from the interview, and these are relevant to scholarship, too.

Mark and I ended our conversation talking about students and how we support them with their ability to ensure a creative future for themselves.   Advice to students –  from industry experts who has the power to hire – is:

Thanks again to Mark for agreeing to be interviewed about his experiences and for sharing his ideas and insights so eloquently. 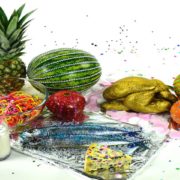 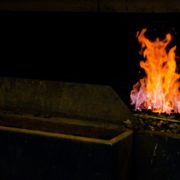