Two months ago I was commissioned by Sue Leeuwangh and her two sons, Paul and Jon to design and make an award for the Hereford Rugby Club junior section as a memorial and tribute to her late husband, John Leeuwangh who passed away over the summer. The junior section had been Mr. Leeuwangh creation and

Two months ago I was commissioned by Sue Leeuwangh and her two sons, Paul and Jon to design and make an award for the Hereford Rugby Club junior section as a memorial and tribute to her late husband, John Leeuwangh who passed away over the summer. The junior section had been Mr. Leeuwangh creation and the rest of the family thought it would be fitting to honor him by presenting the club with a Clubman of the Year award.

Two weeks ago, after nearly a month of fighting with the various elements of the design and construction, I was able to present the award to Mrs. Leeuwangh, who upon seeing it was brought to tears and said that that it was better than she had dared hope. That moment made all the frustrations of the project fade away as I was struck by the power of something I had made had elicited such an emotional response. However, her reaction and tears were only the beginning of an truly remarkable experience.

Del and I had been invited to join the three of them that Saturday at the Rugby Club to watch Hereford v. Worcester and to be present for the donation of the award. We all had an excellent time at the match, cold and rainy as it was, talking sports and at times actually watching the match. They kept saying how much they loved the award and that now they had it, they really didn’t want to give it up!

If the words had seemed an exaggeration they would easily have proved true by the way Jon and Paul treated this piece, every once in a while trading it back and forth, holding it close, never putting it down for the entirety of the match. It was amazing to see an object so quickly imbued with meaning,

I had my inspirations and reasons for my design decisions, but what really struck me was the way in which they came up with their own interpretations that emphasized what they saw as being significant. The Hereford boys won the match and soon after everyone was crammed into the box for the post-match ceremonies. A speech was made in honor of Mr. Leeuwangh which told of his commitment and dedication to the junior section and that this award would be for those who would follow his example. There were more tears and hugs and then as I was about to sink back into the crowd I was called upon as the maker of the award to join the men of the match from the two teams in a pint race. Not being a heavy drinker, this was a first time experience for me, I didn’t win, but certainly held my own, tied for second. At any rate, it was a memorable way to cap off a very memorable experience, something that I will carry with me for many years, and a powerful reminder of why I want to be a craftsman… 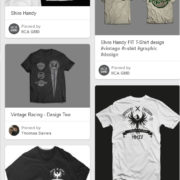 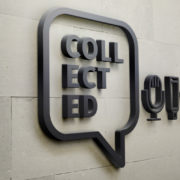