As part of our Alumni focus, I asked Simon to update us on what he been doing recently. Simon graduated from the course three years ago and is having lots of fun, read on… “At the beginning of last year I set about saving some money to fund a project I had in mind to

As part of our Alumni focus, I asked Simon to update us on what he been doing recently. Simon graduated from the course three years ago and is having lots of fun, read on…

“At the beginning of last year I set about saving some money to fund a project I had in mind to build a portable forge workshop to take to festivals and markets during the summer. I worked for Peat Oberon in Middlesbrough and Iron Art of Bath on and off to earn some money then parked my caravan on a friends land where I could also use his workshop. I did some jobs out of his workshop and got my towing licence then set about building ‘The Nowhere Forge’ – a small trailer that folds out to reveal a fully functioning mini forge for blacksmithing workshops.

Two and a half months later, at the end of April 2014, I ran out of time and money. I had enough fuel in my van to get to Galasheils in Scotland where awaited the first of 7 festivals. From then I relied on the income of donations or small fees for the blacksmithing workshops at these festivals and the odd bit of blacksmithing work, commissions and private tuition sessions I could fit in between them. I had the most amazing summer and got to meet hundreds of lovely and interesting people, made new friends and rediscovered old ones in coincidental passings – its incredible the bizarre connections that emerge from this kind of work. I finished the final festival with almost exactly the same amount I had started with…nadda. In my eyes this was a complete success. I was still alive and happy. As soon as I finished the final festival I went straight back to work with Iron Art to earn some money.

A two month stint at Iron Art followed. As always I had a great time working with the friendly bunch who work there. I was lucky enough to arrive at the beginning stages of a very interesting private commission for a local client. It was a gate for their front garden made up of stylised anenomes and grass forms. Jason had made the main frame already and I was given the job of tapering out the 1 – 1.5m tapers from round bar. Then I started on the 3 anenome flower heads measuring about 150-200mm daimeter. Working off Cecile’s original drawing I scaled up the name “KIRKTHORPE” that would be laser cut out of stainless for the bottom of the gate then forged and attached the extended scroll details to some of the letters.

I welded the grass forms together and Cecile made and wrapped the collar details then I helped Cecile who was in charge of painting the various colours of green and the anenome flower heads. As well as working on this great job and the other normal fabrication and architectural jobs that come through the workshop I got to help Martin on a very unusual gate for a bar in Bath. It was completely made up of reclaimed scrap iron and re-invented and composed to create images of Bristol docks, aviation and industrialisation.

You can see more info about it on the Iron Art blog – http://ironart.co.uk/category/ironart-wrought-iron-products-and-bespoke-metalwork/sculpture-commissions/zero-degrees-gate/

While I was at the International Blacksmithing Festival in Exeter I had got chatting to Simon Doyle and arranged to start work with the Heritage Blacksmiths Partnership in November 2014. So after finishing at Iron Art I moved the caravan to Stroud and started with Simon and Alex. I had a great time working at Michael Roberts’ forge in Miserdon just outside of Stroud and was a pleasure to get to know Michael a little better. Me and James Palmer were working mainly at this workshop on conservation jobs for clients including the National Trust. I was working on a set of gates that had been off their hinges and driven over and neglected for years, we had to cut out the worst rot and forge new replacement components including spear head finnials and dog bars, sections of bottom straps and some major sections of the drop bolt. There was a massive amount of straightening to be done before putting it all back together but the end result looked great. I was also having a go at flame cleaning some early 19thC gates as well as spending some time in their paint workshop in Malmsbury hand painting the finished jobs.

I have just had some of my work in the Mall Galleries at the Society of Designer Craftsmen’s annual show. I have exhibited here twice before, this year I had A set of sculptural weighing scales I had completed for the final design and make project for the Design and Forgework Skills course at Hereford College along with some pairs of scissors I had been working on last year. http://www.societyofdesignercraftsmen.org.uk/

My next venture is about to start, working up at Chris Topps in York. This will be for about a month or so and will most likely be fabrication work but Im hoping to get a chance to do some forgework too and I’m also applying for the Queen Elizabeth Scholarship Trust which funds emerging craftsmen and women to help develop their work and improve their skills as well as some other grants to make modifications to ‘The Nowhere Forge’ before I start another summer of living on the road and doing workshops at festivals all over the country. I have a total of 12 planned for this year and am really looking forward to another amazing summer.”

I am keeping all my shenanigans documented in my blog https://simonbushelldrawnsteel.wordpress.com 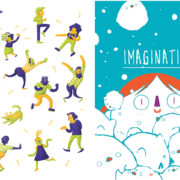 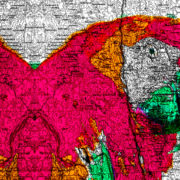 Graphic artwork inspired by the deforestation of the Amazon