Artist Blacksmiths at the European Biennial Show of Blacksmithing Art

What makes the Tuscan sun seem even hotter? Hundreds of artist blacksmiths descending on the Casentino Valley to hammer hot metal at the European Biennial Show of Blacksmithing Art 2019 in Stia, Italy…

As home of the only Artist Blacksmithing BA (Hons) course in the UK, one of only two such courses in Europe, Hereford College of Arts (HCA) attracts students from all over the world and over two-dozen of them travelled independently to the beautiful town of Stia to take part in the Biennial, meeting up there with Course Leader Delyth Done and Artist Blacksmithing lecturer and practitioner, Ambrose Burne. There they found a traditional small Italian town, set in a stunning horseshow shaped valley next to the Arno River, which flows on to nearby Florence. The town is next to the spectacular National Forest Casentinesi, an idyllic area of natural beauty.

The group took some of their tools, their learning, a lot of talent and a shared passion for hot metal for the 23rd edition of the three-day festival that hosts competitions, seminars and demonstrations, including an exhibition-market, the World Forging Championship, the Pier Luigi Della Bordella International Design Competition, the International Sculpture Competition and a photography competition.

The festival’s website explains, “Stia has always opened its doors to both Masters and young blacksmiths from all over the world, gaining the international recognition of ‘Manifestation Without Borders’, an undisputed showcase of a high quality wrought iron artistic handicraft.” With a tradition of metalwork leading back to Medieval times, and mentioned in Dante’s famous epic poem, The Divine Comedy, the town revels in the purest forms of this work, “We are talking about wrought iron in the truest sense of the term and about a craftsmanship which is never indulging too much in showy interventions of excessively advanced technologies.”

A grant from the Jinny Quinnell Memorial Trust enabled the Hereford contingent to take 150 pieces from their successful exhibition Measured Making: #150mm Challenge to the Biennial, where it formed a large part of the exhibition, taking up six stands worth of space. The #150mm Challenge began when Hereford College of Arts lecturer Ambrose Burne set his students a ‘warm-up’ exercise, inspired by one that he regularly sets himself, to create something interesting out of a small rectangular piece of steel, 150mm x 20 mm square. The students had three weeks to design and make something, using only the specified quantity of material. After adding their work to the @herefordanvils Instagram account, using hashtag #150mmchallenge, the task ‘went viral’ – catching the interest of blacksmiths around the world, who themselves took up the challenge. Works were then curated for the Ferrous Festival, Hereford, UK in April 2019 by Delyth Done, where Measured Making featured 240 artworks from 19 countries. These varied from playful figurative models to functional tools and abstract sculptures, demonstrating a diverse, creative and technical exploration of form and concept, made in response to the challenge. The #150mm Challenge has developed a life of its own and is still inspiring international blacksmiths to make new work and post pictures of it online. The #150mm Challenge project was also presented as one of the main festival lectures in the Biennial, showcasing how collaboration can cross boundaries in the Internet age.

The Measured Making: #150mm Challenge exhibition particularly impressed Master Craftsman Richard Quinnell MBE MA CWCB and Pauline Quinnell, calling it, “One of the best exhibitions of contemporary ironwork we have seen in over 45 years of attending and curating such exhibitions internationally …the repetitive transformation of a simple standard bar of this humble metal … into a wild miscellany of imaginative, complex and beautiful forms, with infinite possibilities.”

The HCA students, led by lecturer Burne, were one of four groups of artist blacksmith students from around the world who took part in the Biennial’s Forum. Teams from Stia Forging School, Italy; Raseko School, Finland; Turnov School, Czech Republic and Hereford College of Arts, Great Britain, spent the three-day festival demonstrating hot metal working in the town centre, next to the old wool mill. Each team had one theme to work with, of fire, water wind or earth – inspiring HCA to create a sculptural plough for ‘earth’.

Burne explains, “We were thinking of how man touches the earth and the plough is an invention that really changed the course of humanity. It’s one of the most important things that humans have created! We were also inspired by the agricultural feel of the Italian countryside and an amazing museum of tools in Stia that was created by local people.” A museum that no doubt appealed to many of the blacksmiths present.

Three HCA alumni were also involved in this part of the festival: Kit Garnett, Giles Clarke and Jacob Edwards were part of the team that helped to create the plough sculpture; keeping close ties to the college and other blacksmiths is an important part of their professional practice, maintaining connections and helping to develop the skills of the artist blacksmiths who will graduate in the future.

Part of the joy of visiting a dedicated artist blacksmithing festival, says Del Done is, “More than winning prizes and exhibiting work, it’s the conversations people have and connections they make: our students arrange internships and get to meet their artist blacksmithing heroes. Teams came to Stia from the USA, Japan, New Zealand, Canada and all across Europe and these diverse people meeting up help to create international collaborations. One blacksmith who entered work for the original #150mm Challenge travelled all the way from Chile to Italy and we had fantastic conversations with him.”

“Over twenty-five students, from the first, second and third years of the HCA course, joined us in Stia for the event, plus some college alumni. We call our blacksmithing team the Hereford Anvils, and they are a bunch of really tenacious, independent people.”

The learning and sharing of ideas extends to other professions too. Architects from across Italy held a seminar day on the Friday of the Biennial, when they were shown the cream of artist blacksmithing from around the world. The idea was to demonstrate how ironwork can be at the forefront of contemporary design and is in no way limited to historic or reproduction pieces. The design professionals were impressed by the work on show, including the diversity of the #150mm Challenge work, and excited by the idea of collaborations with blacksmiths in future designs. In fact, they were set a unique version of the #150mm Challenge, using a Plasticine rectangle, in place of steel, to have a go at creating their own forms.

The HCA Artist Blacksmithing degree course produces a Graduate Showcase exhibition of work every year, which travels to New Designers in London, after the college’s own Summer Show. The alumni who travelled to the Biennial this year were delighted to exhibit their work in Italy, bringing their innovative practice to a European audience that included gallery owners, architects and members of the public.

The biennial hosted the 9th World Forge Championships, where artist blacksmithing students and recent graduates had a chance to respond to the genius of Leonardo Da Vinci in a three-hour trial, using only the materials provided and hand tools, some of which they had brought across Europe in their rucksacks. There were seven teams from the HCA contingent in total and over a hundred pieces were made in twelve publicly viewable forges during the competition – all under time pressure and in the hot Italian sun. HCA alumni Matt Garton and Sam Pearce brought a dynamic sense of theatre to the proceedings, when they made a counterweight bottle opener that fired a bottle cap into the air at the end of the competition, to huge cheers from the assembled crowd. It’s the kind of event that makes the blacksmithing Biennial a great spectator sport for local people and visitors, as well as a place of pilgrimage for the world’s blacksmiths.

Ambrose Burne came third in the Biennial’s International Sculpture Competition: an impressive accomplishment for an ambitious piece of work that the blacksmith made in his Herefordshire forge and took to Italy. The inspiration for this year’s competition was a celebration of fifty years since the moon landings and this idea was opened up into the theme of humanity’s age-old interest in the stars. Burne recreated the orbits of the Earth’s nine planets in a sculptural form that utilized his technical and artistic skills to the full.

Of course, the food was wonderful in this lovely part of Italy and everyone enjoyed eating delicious pizzas and ice cream while thinking up their designs, as well as meeting new people and discovering just how big the international blacksmithing community is. The festival created a sense of how much can be achieved collectively, even when people are based geographically far apart.

The students and staff of HCA are proud to have made a considerable impact on the Biennial and look forward to returning in two years’ time. Done says, “We’ve been involved in so many ways, sharing our ideas with the rest of the artist blacksmithing world and getting hands-on with forged metal design in such a public and inspiring place. It’s been a wonderful experience for everyone involved and it will certainly have a lasting impact on our students. I am excited to see what they’ll make next…” 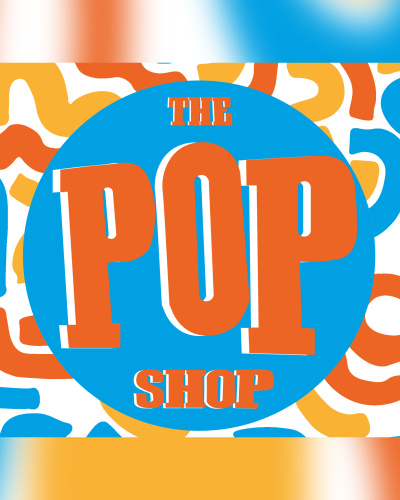 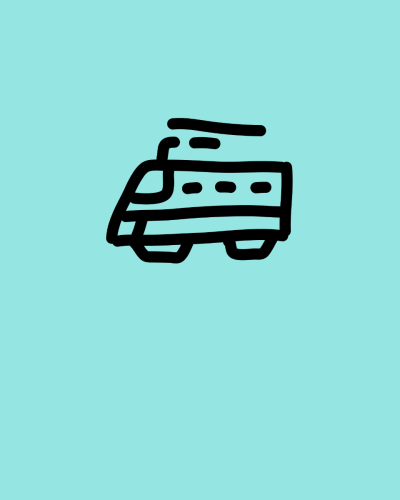 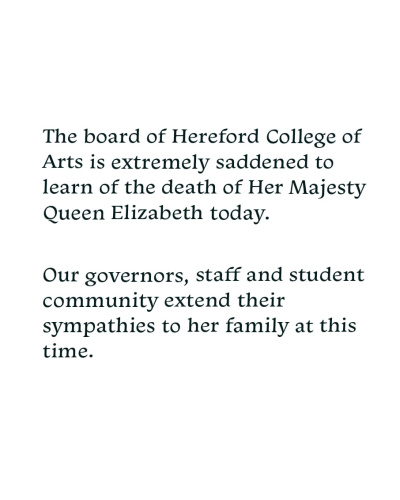 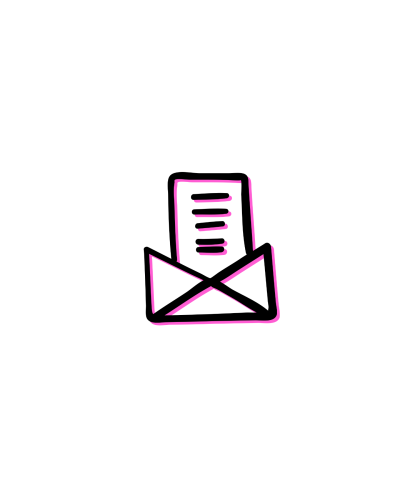 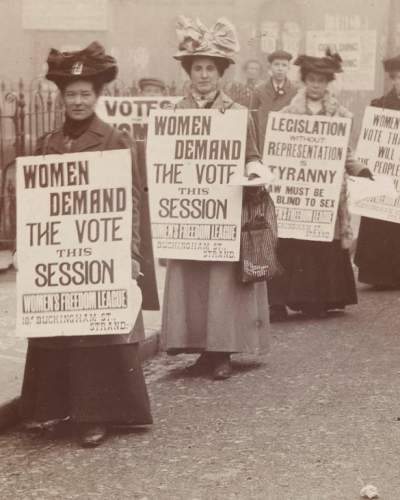 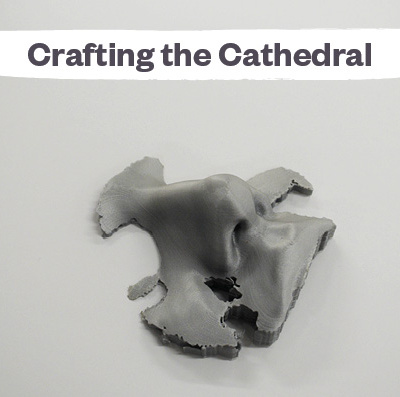