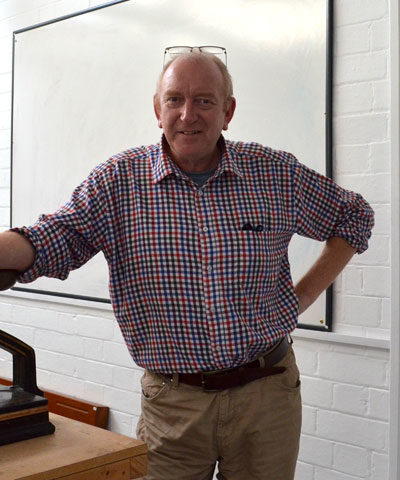 Neil joined the Media Arts teaching team in October 2009 as Course Co-ordinator for both Illustration and Animation BA programmes and is interested in developing a course that matches the ambitions of its students with the opportunities available in the commercial world.

Neil is graduate of The Royal College of Art Illustration course leaving in 1987, after which he worked as a free-lance Illustrator and Designer for Animation in both Manchester and London. He has worked on a huge variety of projects for some of the most innovative production companies, in a wide variety of roles, including special effects animation for feature films, illustration/design work for music videos, animating, background artwork and storyboarding for TV commercials and children’s TV series. Some of his poster works have been spotted in Inspector Morse, Roseanne and Coronation Street!

Neil was previously Course Director for Animation at Birmingham City University delivering the curriculum both at Birmingham and as part of a franchise programme in Hong Kong and Singapore.