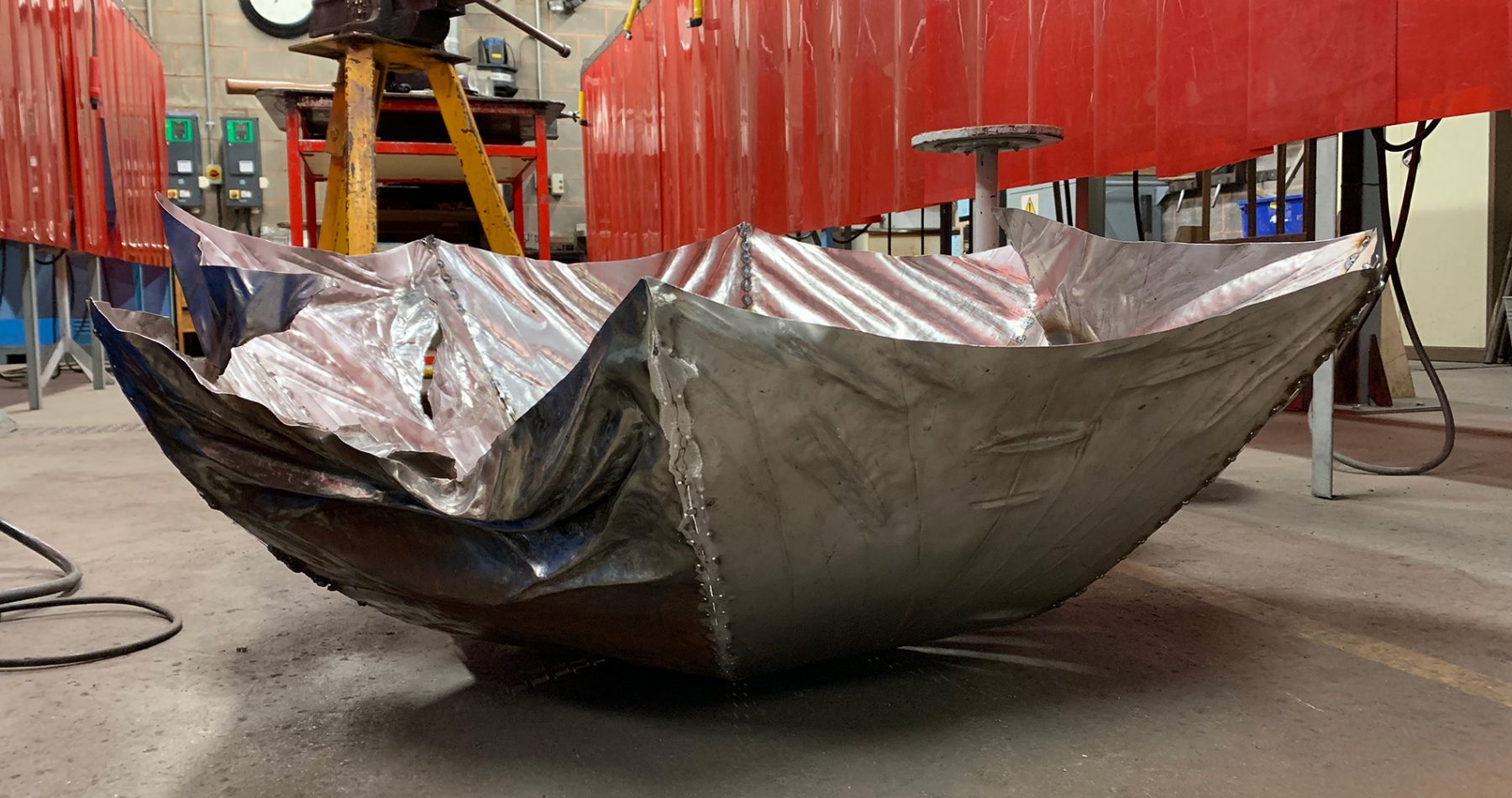 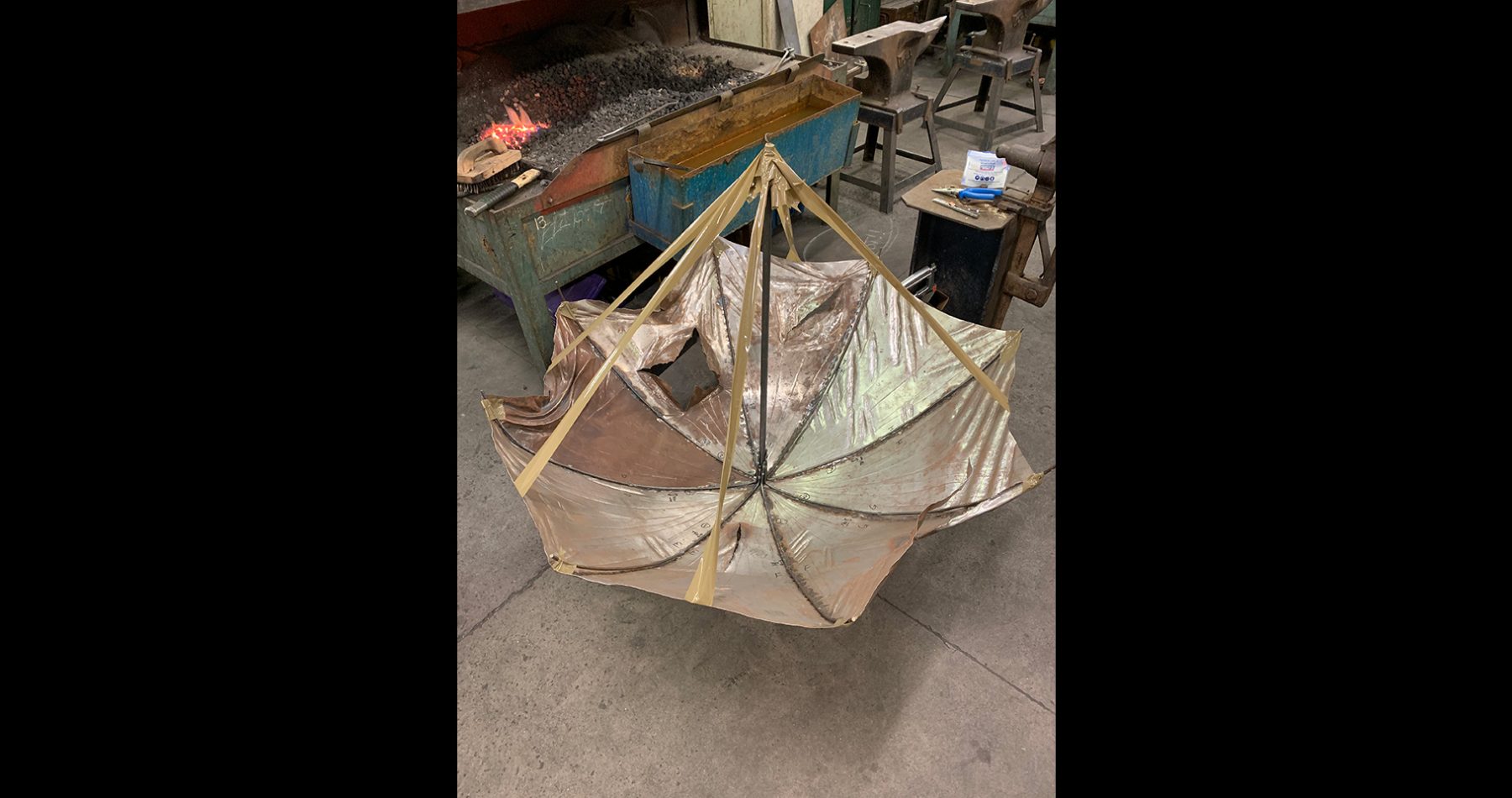 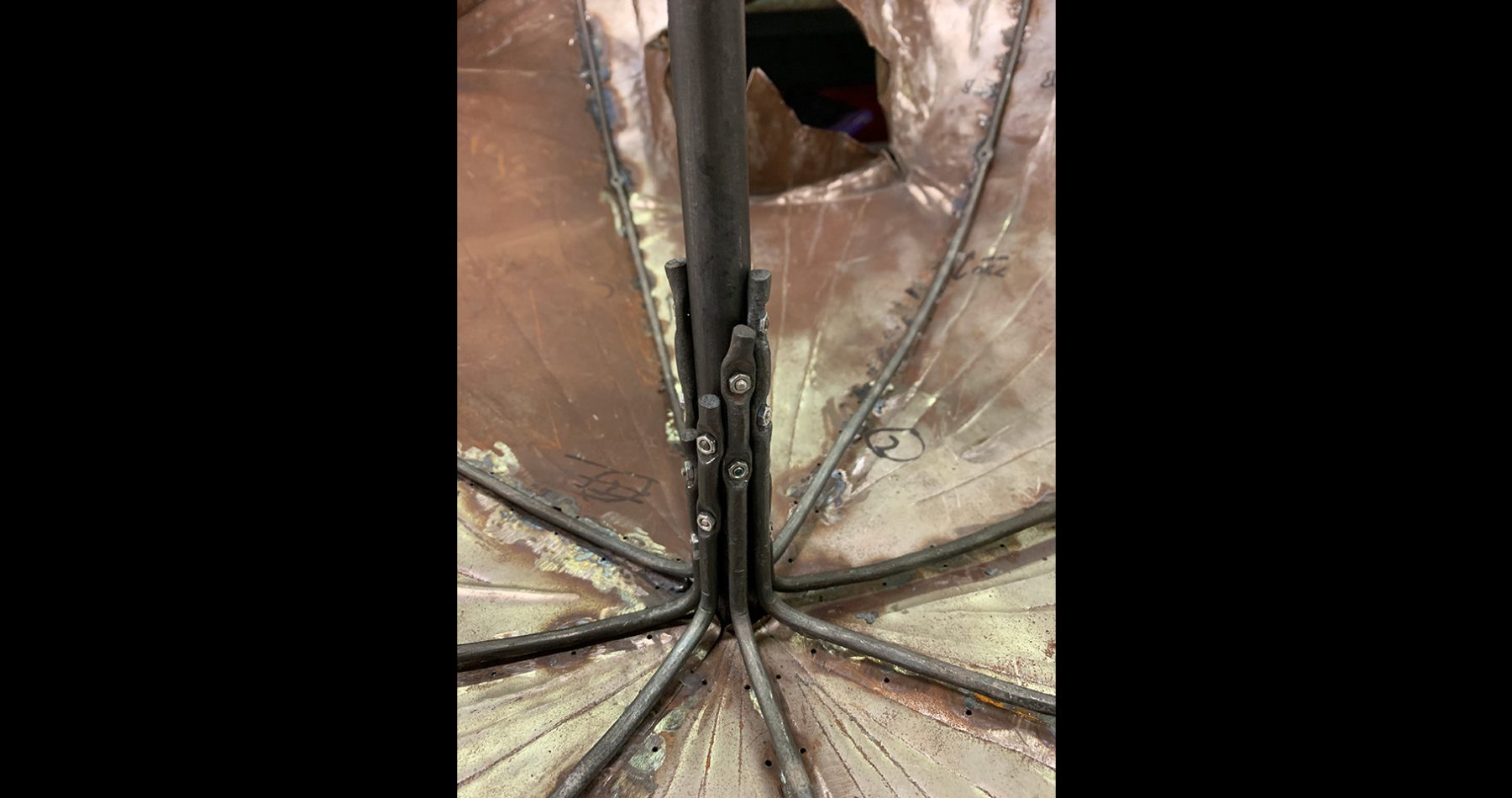 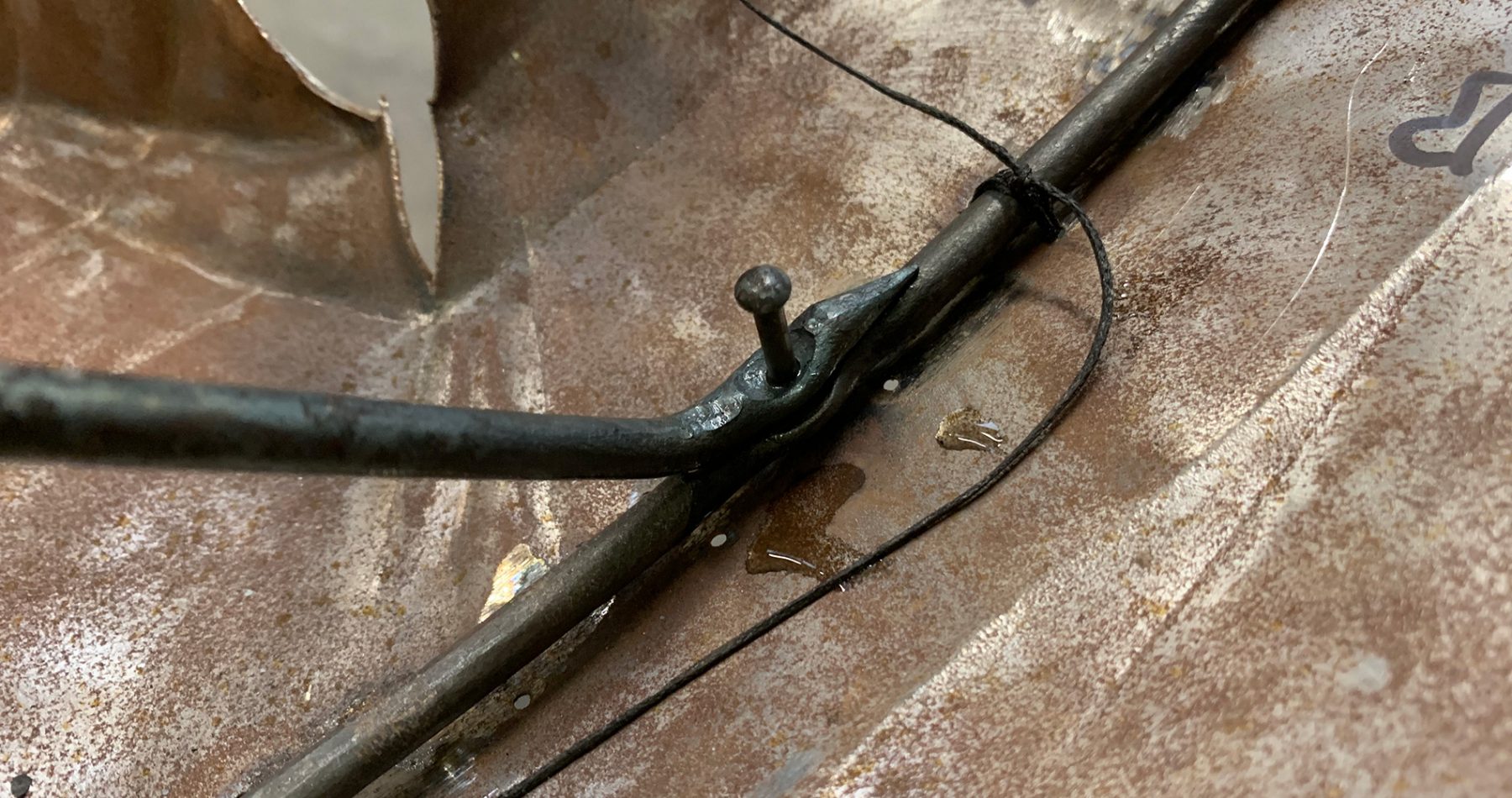 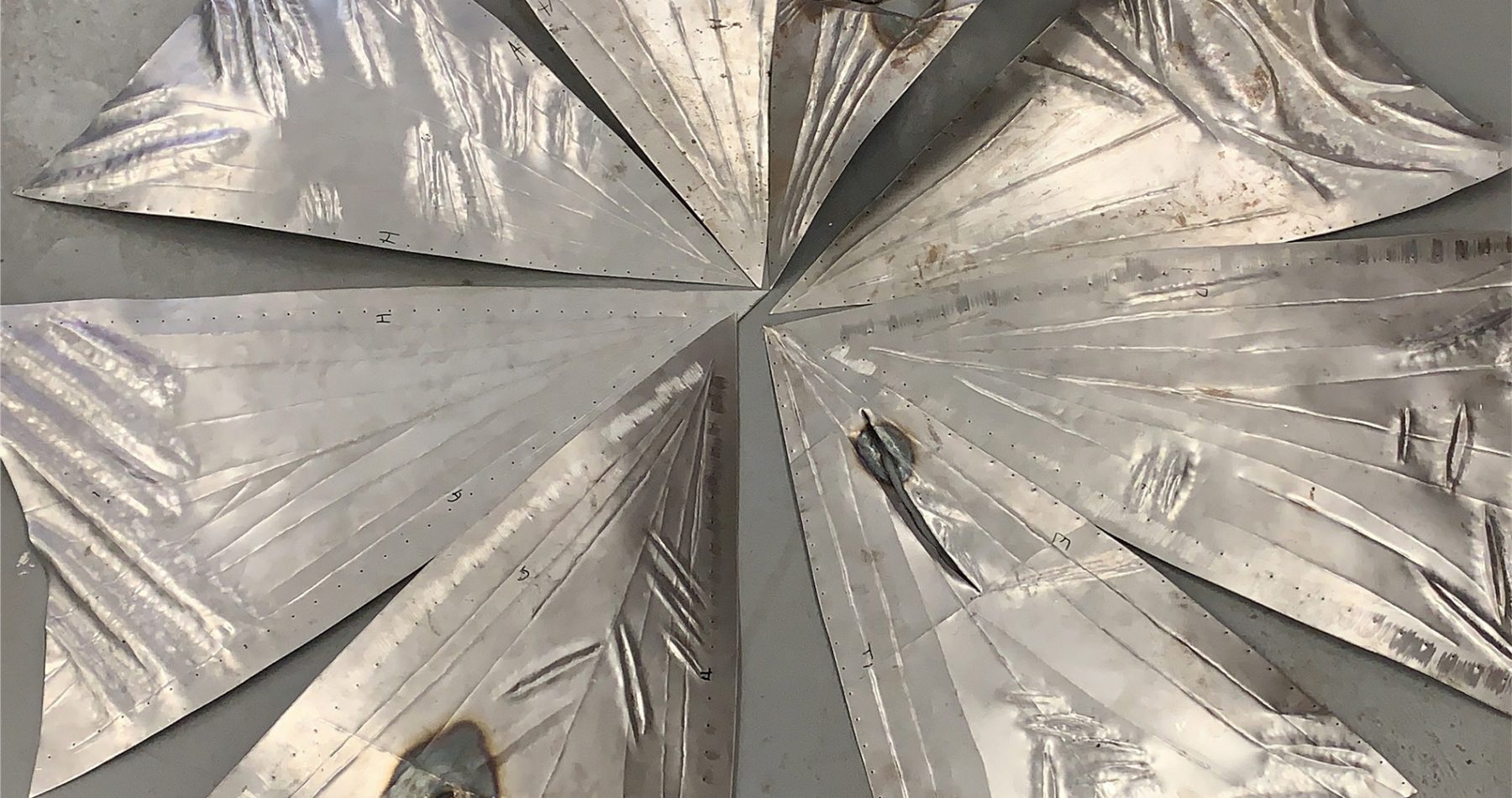 Starting from June 2019, a series of protest against the extradition bill have happened in Hong Kong. Police were involved as peacekeepers but eventually ended up being a tool for politicians.

What I experienced and saw is not justice, but a bunch of gangsters wearing uniforms who beat people as they pleased under the protection of the HK government. I felt like I needed to do something to help spread the truth; to let the rest of the world knows about it. Journalist chose to take pictures and report incidents that happened, I chose to create artworks to inspire others emotionally.

The Metal Umbrella is how I illustrate such horror by displaying a brutalized Hong Kong protest symbol. It bears a lot of different scars as a result of the various forces used against the protests.  The audience standing behind a metal “shield” would probably be safe, but at the same time, please think about the protestors in Hong Kong, imagine how they feel about such horror while standing behind umbrellas made from nylon while facing all the deadly force used by police.

I hope that the audience of my work can understand the emotional impact experienced by protestors in the frontline. By viewing the front of the umbrella, you will see the damage, but by standing behind the umbrella, I hope you can feel the stress and danger we were facing.