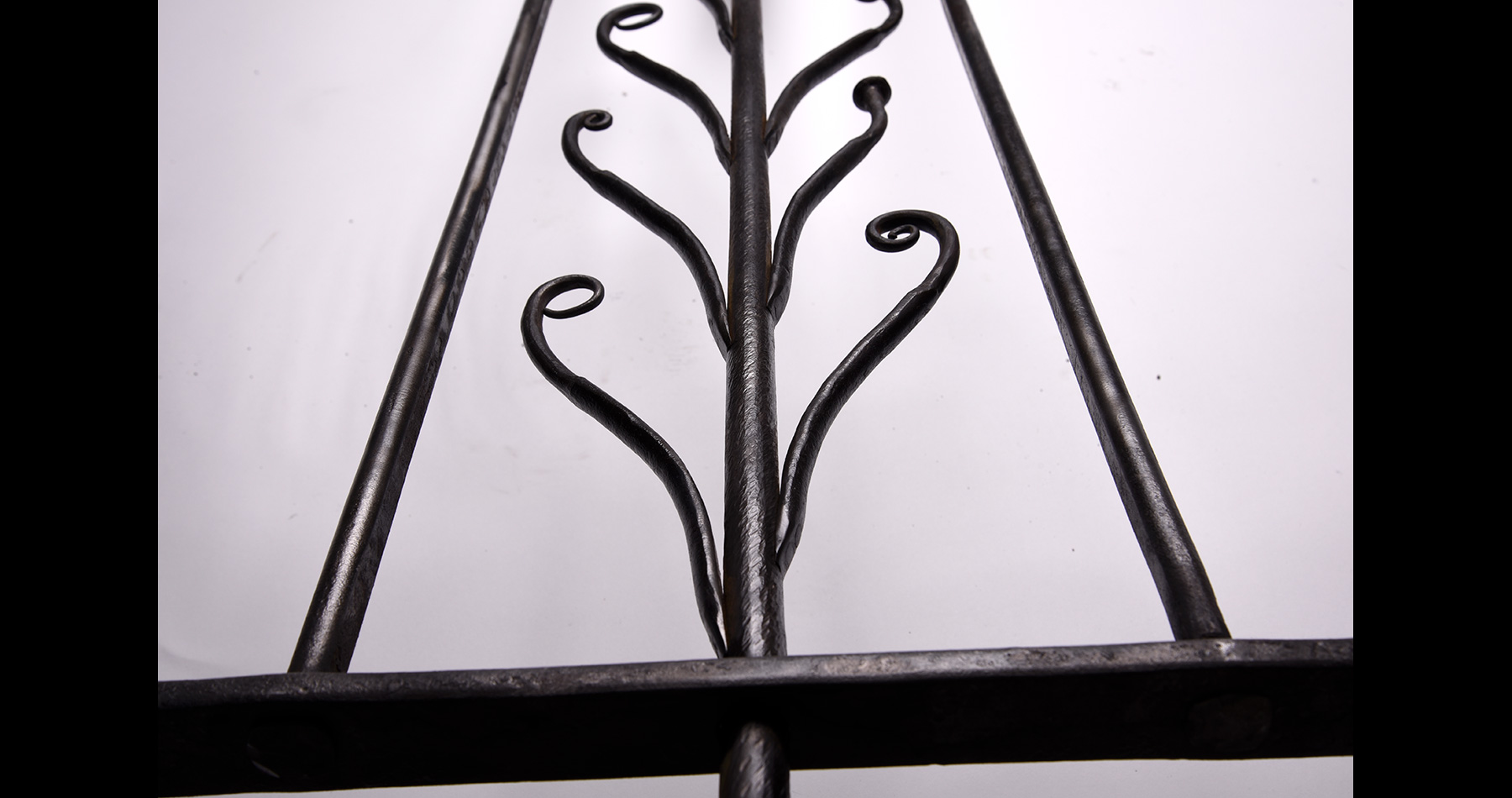 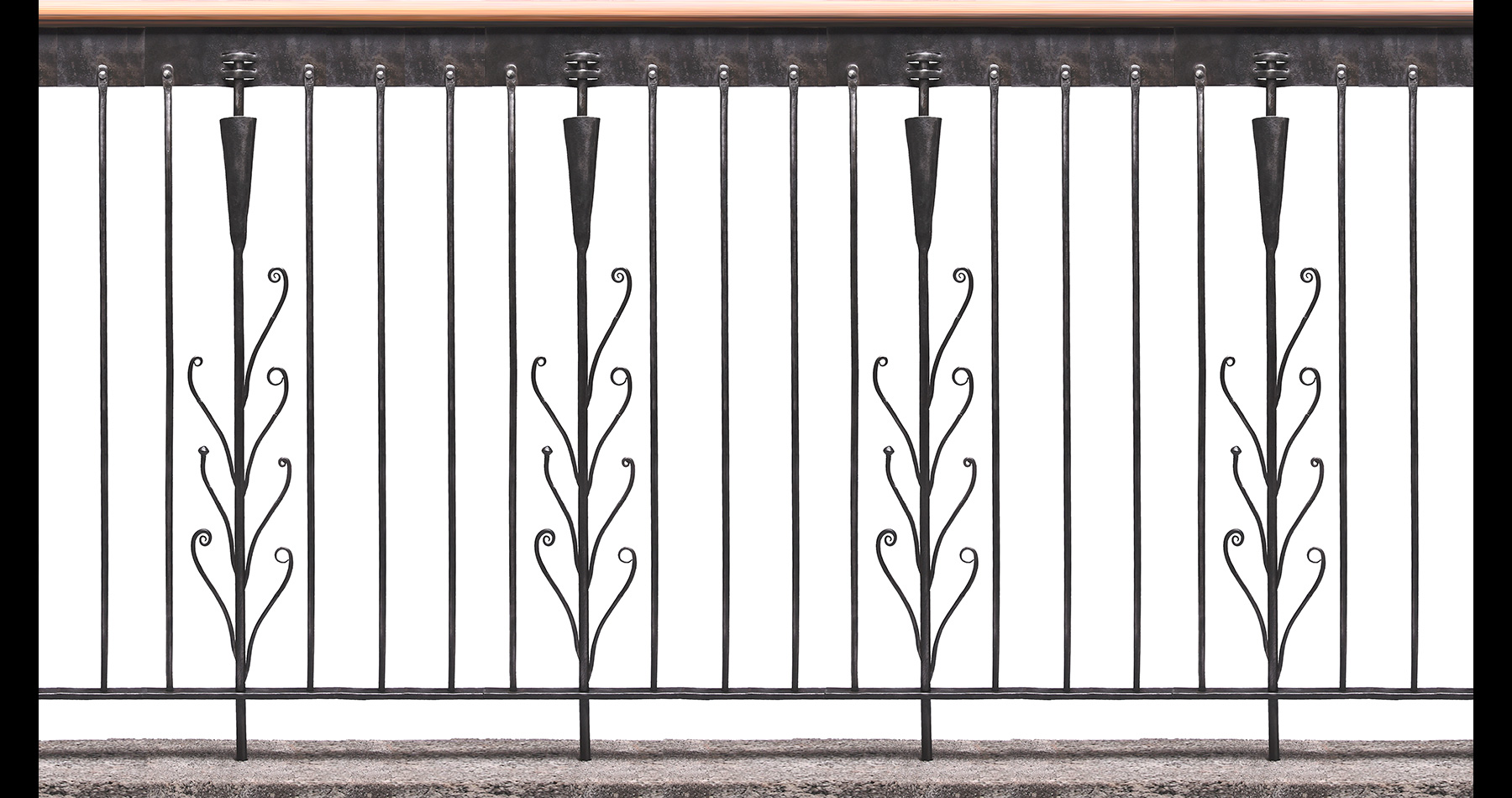 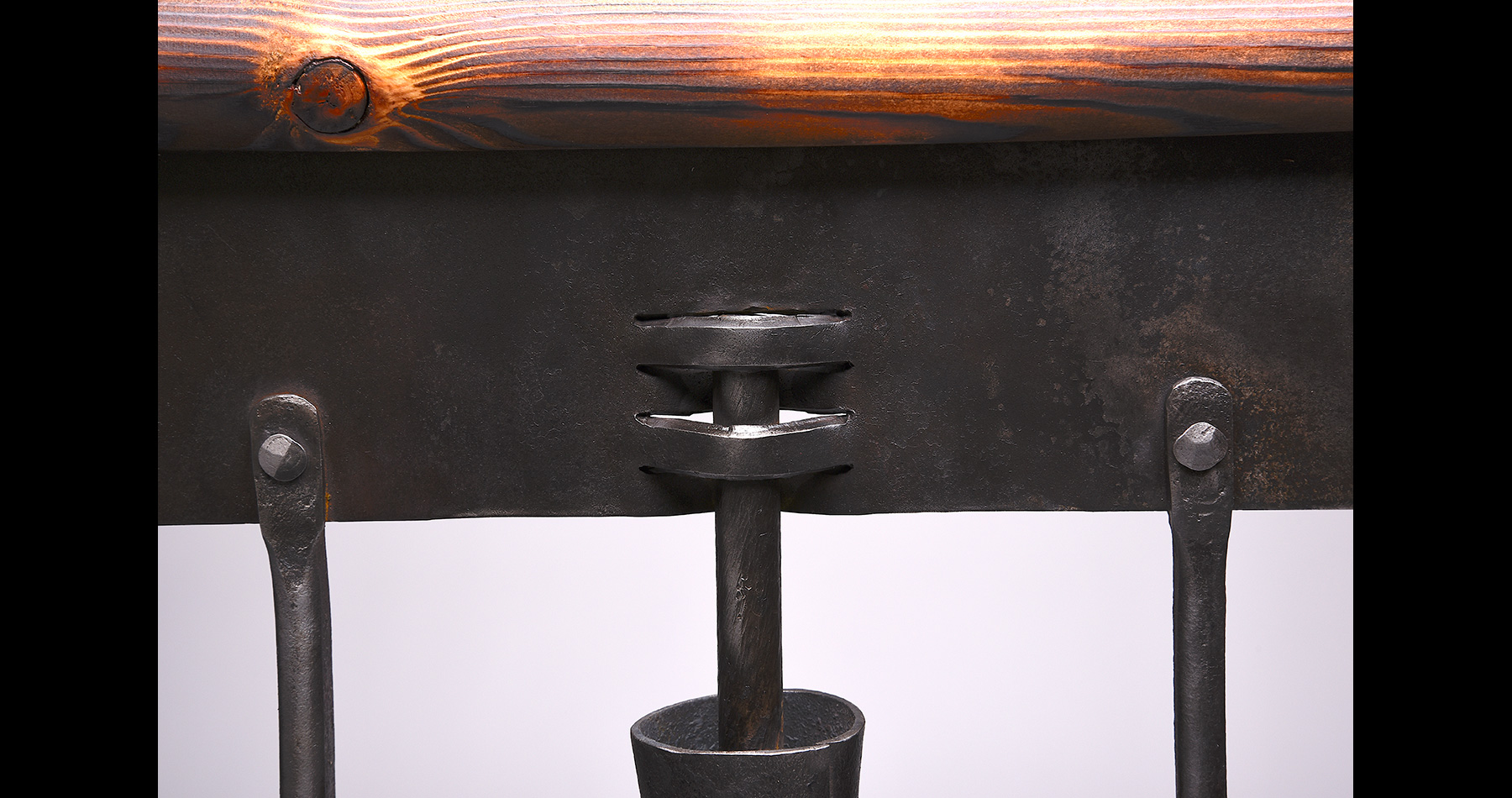 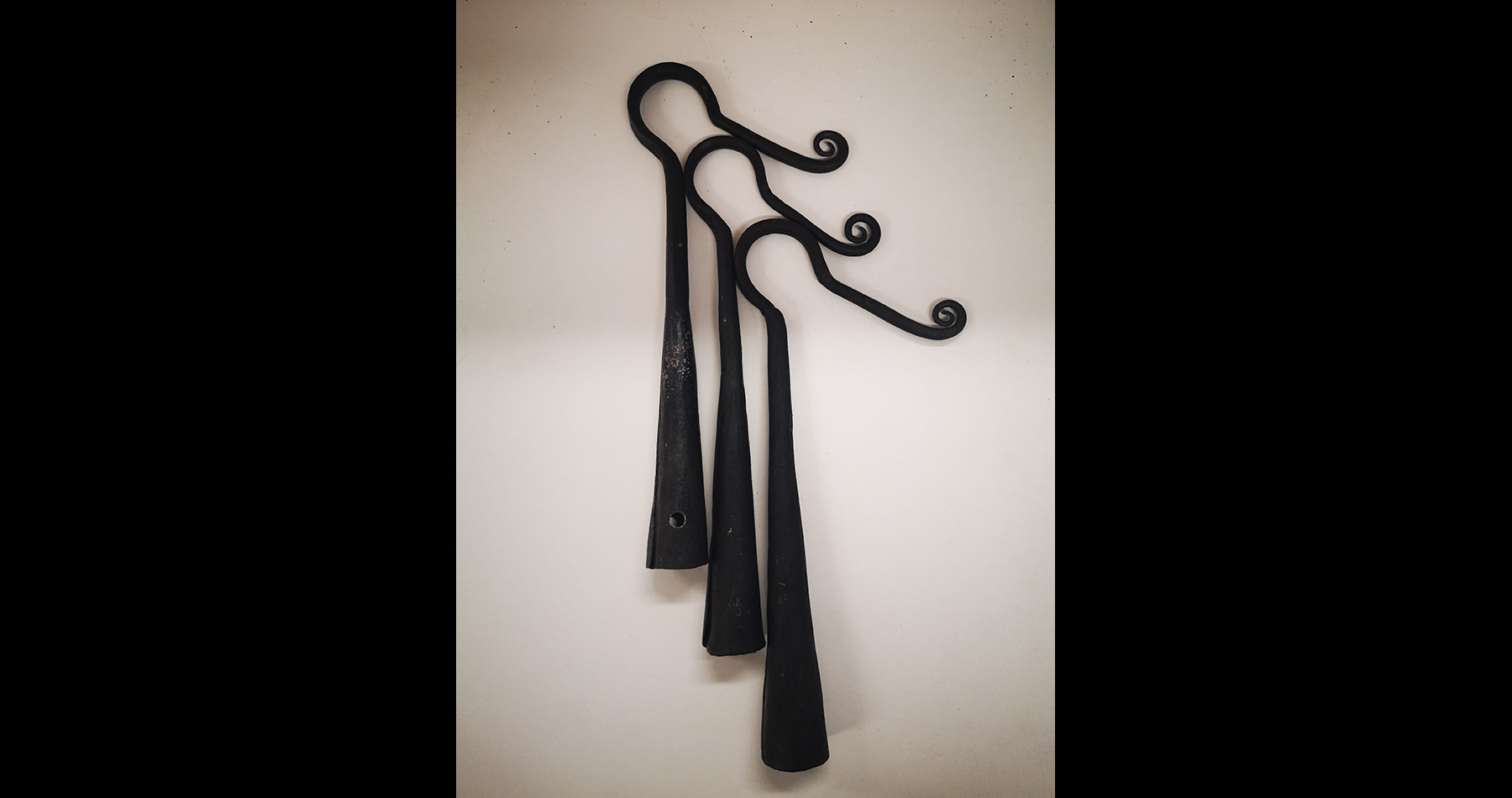 The Shepherds’ Baluster is inspired by the tools and practices of shepherds in Britain. The inspiration for The Shepherds’ Baluster came from recreating a nineteenth-century Wiltshire pattern leg cleek in both mild steel and traditional wrought iron. The baluster is for a balcony balustrade. The different scrolls and finials are all historical, regional patterns of Wiltshire, Sussex, Dorset, Hampshire, and Midlands cleeks. The handrail connection is inspired by the hurdles that shepherds made for centuries out of willow. The goal of this piece is to bring forth a sense of hiraeth—a Welsh term for nostalgia—towards the old trades and crafts that helped build an empire and are now dwindling and modernizing.

Included in this exhibition are pictures of the three Wiltshire Pattern Leg Cleeks, which are reproductions of an original; different views of The Shepherds’ Baluster, because in situ it would be viewable from all sides; and, a rendering of what The Shepherds’ Balustrade would look like as a repetitive piece.