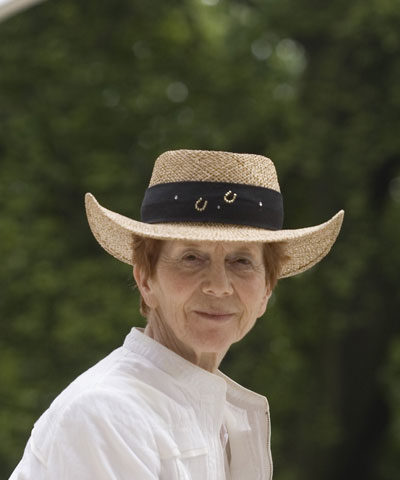 Fellowship from Hereford College of Arts in 2013.

Angela Conner is an international artist and sculptor. She started her career as a sculptor assisting Barbara Hepworth.

Angela’s commissions can be seen in many countries. She has large scale sculptures in public and private collections around the world. Her work ranges from exquisite kinetic sculptures that harness our natural elements to iconic busts in bronze including that of Lucian Freud, John Betjeman, Laurence Olivier and Noel Coward, together with other notable 20th Century public figures and members of the Royal Family.

Her public work can be seen in Dublin, Sydney, Madrid, North Carolina, 10 Downing Street, V&A, Aston University and outside the Royal National Theatre. Her work features in a long list of private collections including that of The Queen, Prince Charles, Alan Bennett, Sir Roy Strong, The Duke of Devonshire, President Chirac, to name but a few. More recently, she was commissioned to create a bronze bust of The Queen to celebrate her 80th birthday.

Angela’s achievements, commissions and awards are prolific and place her as one of our top sculptors practicing in Britain today. Angela lives in Herefordshire with her husband, the photographer, John Bulmer.